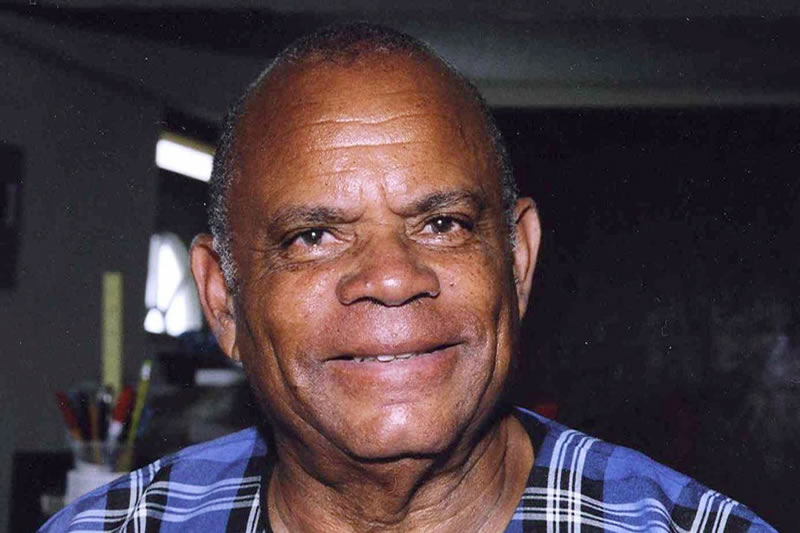 Frank Norville is a photographer, actor, dancer and cultural activist, but what he is most known for is his work as a singer, musician and composer. He has arranged and recorded a large repertoire of Saint Lucian folk music and is credited with preserving what might otherwise be lost. He has written a booklet on the folk dances of Saint Lucia and in 1983 published Songs of St Lucia: ‘folk songs’, a comprehensive scoring of the island’s most popular folk music. ‘In the midst of the pervasive influence of North American, Trinidadian and Jamaican musical art forms transmitted via the electronic media, Frank has insisted and succeeded in retaining the Saint Lucian indigenous musical tradition, its richness and variety which he conveys in his highly personalised and confident style of delivery when he sings, an aesthetic experience that lingers long in the memory.” – Jacques Compton, Foreword to Songs of St Lucia.